Home » Religion » The meaning of the Mitre

The meaning of the Mitre 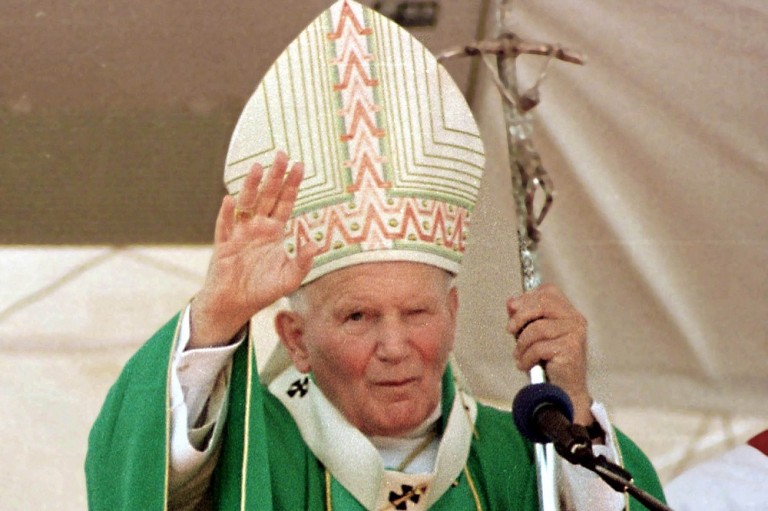 What does the Mitre represent, the strange headdress worn by the bishops at different moments in the Liturgy? We discover the origin and deeper meaning of this indispensable and precious element.

All of us will have happened to see, during a solemn celebration, a Bishop wearing a strange hat with an elongated shape, which ends with two points. Even Pope Francis himself, on liturgical occasions, presided over by him, does not wear his usual white skullcap but is flanked by the master of ceremonies in charge of placing the curious headdress on his head and removing it according to the different moments of the celebration.

This is the mitre or miter.

It immediately becomes clear that we are not talking about a common hat, also because the mitre, especially the papal one, is woven with gold threads and embellished by rich decorations and even precious stones.

But where does this strange hat come from?

The word mitre comes from the Greek μίτρα, mítra, “band”, “bandage for the head”, “turban”. This ornament likely derives from a cloth band used in ancient Greece by warriors, which later evolved into an ornamental strip that women wore around their foreheads. Scholars maintain that even in pre-Christian times there was a priestly headdress from which the mitre would derive, probably a specific headdress of the priests devoted to Mithras, in fact, a Persian deity also worshipped in the Roman Empire.

The mitre or miter has been used in the Catholic Church as a characteristic element of clergy clothing since the fifth century. At first, it was probably a non-liturgical accessory that the Pope wore during solemn processions. Subsequently, the Supreme Pontiff adopted the tiara as a characteristic headdress, a symbol of papal authority, which remained in use until the pontificate of Paul VI (1963-1978).

After the 10th century, the Bishops also began to wear the mitre, according to literary and iconographic sources, but we have to wait until the 12th century for this headdress to take the shape we know today.

The mitre is today the most important and solemn headdress of the Catholic Church, as it represents the splendour of the holiness embodied by the Bishop, his dignity and authority.

What is the shape of the Mitre?

The mitre that we are used to seeing on the heads of the Bishops and the Pope has a shape that resembles a little bellow. It is elongated and bicuspid (i.e. ending with two points).
The headdress is composed of two pieces of rigid fabric cut out with a triangular shape and joined partially at the sides, to form two points. These points, called cornua, are not random elements: in fact, they represent the Old and the New Testaments.

In ancient times the mitre was more like a cone, then a bonnet tied under the neck and pressed in the middle to form the two horns. The ribbons were used to fasten it under the neck and later became the two long bands that hang on the back of the current mitre and the shoulders of the wearer, the so-called baleen, or infule, or vitte, while the horns first assumed a rounded shape, then to the cusp, and took the name of cornua.

The mitres were once adorned with many precious elements, so much so that they became part of the liturgical treasure of numerous churches. Some were so decorated with gems, gold and silver embroidery, and even feathers, that they were very heavy to wear on your head!

There are three different types of the mitre, codified at the time of Pope Gregory X (1271) and distinguished according to use and decorative elements:

This is the only differentiation of the mitre, which, unlike the other sacred vestments, does not change colour depending on the liturgical calendar.

In 2005, Pope Benedict XVI wanted to eliminate the symbols that appeared on the papal tiara, the so-called triregno (it consisted of three crowns that symbolised the triple power of the Pope: father of kings, rector of the world, Vicar of Christ) also from heraldry ecclesiastical.
Since then, the papal mitre has been characterised by three horizontal golden bands, reminiscent of the three crowns of the tiara.

When is the mitre worn?

The mitre must be worn in six moments of the Mass:

Abbots too can wear the mitre, by the will of Pope Urban II since the III Council of Melfi (1089). Over the centuries, this use was granted to presbyters who owned important churches, to provosts, to canons of the Chapters of some cathedrals and also to abbesses of some convents and deserving laity.

When a bishop is awarded his office, he is given the so-called episcopal insignia: the ring, the crosier and the mitre.
The latter is, as we have already said, a symbol of dignity, authority and holiness.
The bishop’s ring instead symbolises the Bishop’s fidelity to his diocese and the Church in general, while the pastoral staff harks back to the image of Jesus as the ‘good Shepherd ‘ and indicates the new Bishop’s function of caring for the Christian people.

Related Posts...
October: the month of the Holy Rosary