Home » Religion » October: the month of the Holy Rosary

October: the month of the Holy Rosary 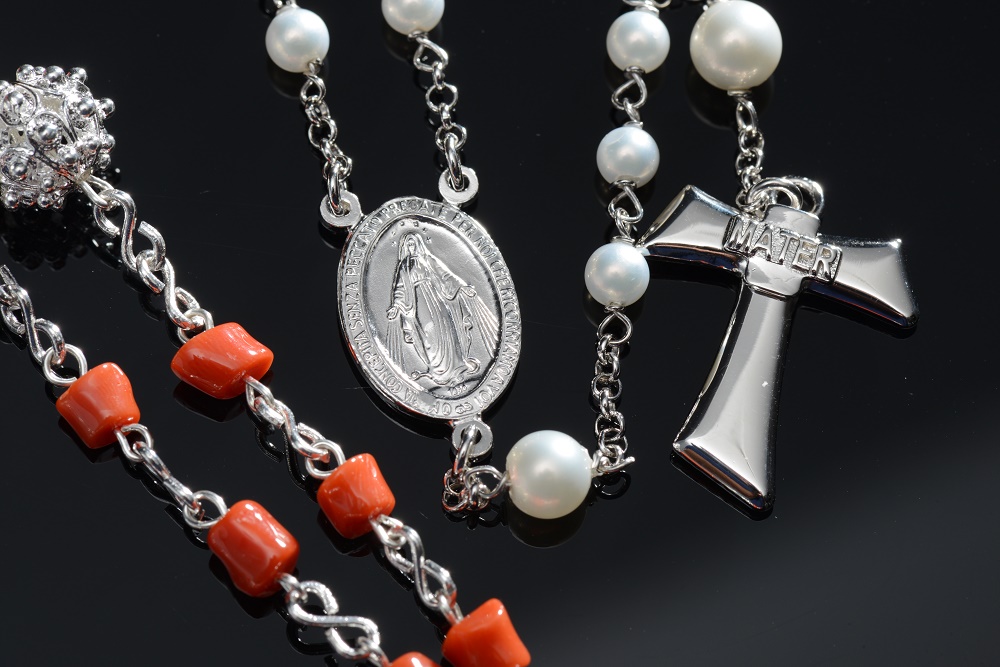 What is the connection between the fall month with what is probably the most important and popular devotional form in the world? October – month of the rosary: historical memory, visions, a path of faith and fervor that comes from far away and carries the image of the Virgin Mary.

October is the month of the Rosary. We deepened the devotion connected to each month of the year in a previous article. In that occasion, we stated that devotion can be summed up in an act of love and trust uttered by men towards God, and we saw that some devotional forms became real prayers with time, prayers that can be optionally added to the official Liturgy or the Liturgy of the Hours.

The liturgical calendar itself reminds us about all of the holidays and celebrations we can associate with a particular form of devotion during the whole year. Not just that, the calendar of the Extraordinary Form of the Roman Rite identifies a devotion for each month, related to particular holidays and commemorations celebrated during that month.

It would be interesting to deepen the reasons that led to the affirmation of such devotions in the given months throughout the centuries. However, it is not always easy. Devotions have developed throughout time, throughout centuries of Church, and they vary from country to country. Some of them also gained a folklore aspect in time, such as the popular feasts dedicated to Saints, to Jesus and Mary, often merging with previous traditions, in a mix of religious fervor and local festivity. For sure, devotions are so strictly tied to the human side of the Church that they are an essential element, especially in their popular and communitarian dimension.

As we can easily imagine, this battle had great repercussions on a religious level. Before it even began, when the fleet of the Holy League was about to depart, Pope Pius V blessed the League flag, which represented the Crucifix on a red background, and the apostles Peter and Paul. Upon it, the Constantine motto In hoc signo vinces. Furthermore, the flagship Real showed the image of Mary as sign, with the writing ‘S. Maria succurre miseris’. The legend has it that once the battle was over, much before he could receive the news given the communications problems of the time, the Pope had a vision where he received the news that the League won the battle at noon. He then exclaimed: “It’s 12, ring the bells, we won in Lepanto for intercession of the Holy Virgin“, and he dismissed the people there. The Pope declared later that it was the miraculous intercession from the Virgin Mary that led the Holy League to victory, and therefore he wanted to consecrate October 7th to Our Lady of Victory. His follower Pope Gregory XIII amended the dedication into Our Lady of the Rosary. The belief that before the battle all soldiers of the League had invoked Mary’s protection on them by reciting the Rosary quickly spread, and that was what grant them the victory. Even the tradition of having the bells ring for a long time at 12 would be attributed to the Battle of Lepanto and to the vision of Pius V.

The cult of Our Lady of the Rosary became even more popular after the Lourdes apparitions in 1858. During these events, Mary herself recommended practicing this devotion.

The Shrine of the Blessed Virgin of the Holy Rosary in Pompeii is one of the most important places of catholic cult in the South of Italy and one of the most famous and visited Marian shrines in Italy.

In this month more than in any other, it would be appropriate to find some time to recite the holy Rosary. Among all prayers, the Rosary is the one that brings us closer to Jesus the most, and does so through the sweet intercession from His Mother. It is a contemplative prayer, the prayer of a Christian facing the path of faith towards Jesus, following Mary’s footsteps and example. The grains of the Rosary flowing through our fingers set the passing of days and years of a Christian life, marking the path of faith step after step. Everything in the Rosary leads to Jesus, to his image symbolized by the Crucifix, just as the whole life of a devotee must be addressed only towards Him. It is important to recite the Rosary as much as possible in this month, on our own or also in our family and parish.

And to do so, it is better to have the ideal ‘instrument’.

Holyart offers a wide choice of Rosary Crowns, of any material and shape, from the simplest ones to the most precious ones, or even for collectors, made following different styles. Not just that: Holyart also offers rosary cases of all kinds: cases, bags, boxes, table.

The most appreciated and popular are silver Rosaries, handmade in Italy with artisanal designing. They are often adorned with hard stones, such as amethyst, quartz, black onyx, coral, turquoise, but also brilliants, river pearls, mother pearls or Swarovski crystals. They are not just devotional instruments made to pray every day, but real jewels to wear, elegant and refined.

Even the Rosaries with precious stones and hard stones add an objective value to the devotional instrument symbolic value, thanks to the precious materials and the complexity of the workings and decors. Coral, garnet and agate are the most used stones, along with malachite, tiger eye, aventurine, hematite, amethyst, pink quartz and lapis lazuli.

In the same range of rosaries that are also precious jewels; Holyart offers a wide variety of Rosaries made of real Swarovski crystal and silver, handmade in Italy, with metal cross and cross vault.

Handmade cloisonné Rosaries are also very precious and particular. Cloisonné is a peculiar manual decoration technique, where small polished images are decorated with wire. There are also Rosaries made of Murano glass and Murrina-style glass, characterized by bright colors and a quality that is the result of centuries-old traditions and artisanal experience.

Wood is also used in traditional Rosaries, not only olive wood, which was typical of Franciscan rosaries, but also coconut tree, beech and rosewood. Handmade Rosaries with wooden grains impregnated with rose or jasmine scent are very evocative.

Lastly, Holyart also offers many models of Electronic Rosary, both with loudspeaker or headphones, equipped with accessories and batteries included in the price. That way, you will not be alone in prayer even when you are unable to join others in this devotional act.

Related Posts...
The transfiguration of Jesus Christ
The meaning of the Mitre