The roles of Altar Servers 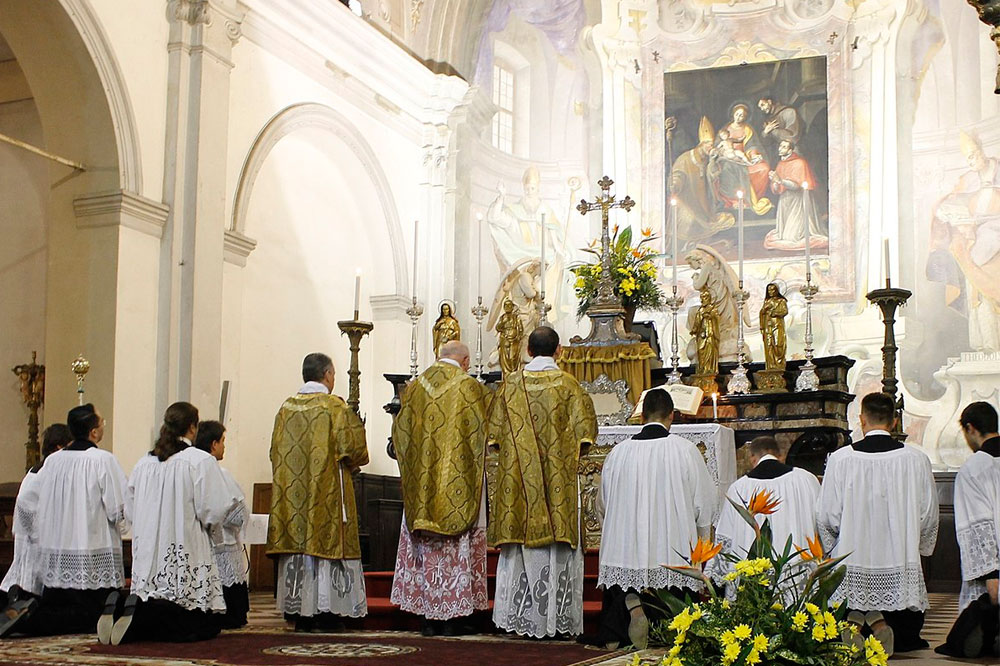 Altar Servers, more commonly known as altar boys, are children or teenagers who assist a priest during Mass. Their name comes from the Latin word “ministrare” which means ‘’to serve’’. Their role is recognized by the Conciliar Constitution as an integral part of the liturgic office, and as such demands conduct and behaviour from those who serve that is in keeping with it. Altar Servers must follow the example of Jesus, who did not hesitate to place himself at the whole of humanity’s service, and even sacrificed himself. Not only during services, but also throughout everyday life, Altar Servers must live by following His example of love, generosity, commitment and precision. Altar Servers are Jesus’ ‘friends’, usually young people full of enthusiasm and willingness to take part in the activities of the Church by offering their contributions of love and devotion. In the history of the Church there have been many characters who could represent the ideal model for Altar Servers, like Saint Tarcisius, who lived in the era of the first Christian communities in Rome and was killed by his pagan peers because he had made himself available to carry the Blessed Sacrament to Christians prisoners, or Saint Dominic Savio, who had Saint John Bosco as a teacher and guide, and devoted his (unfortunately short) life to his brothers and the community.

The different tasks during the Mass

The role of Altar Servers is particularly delicate if we think of them as representing a point of union between those who celebrate the Mass and the believers who have gathered to hear it. In fact, besides cooperating with the Divine Server by helping him arrange what is required for the Eucharist, placing the liturgical objects on the altar and bringing the Missal, the Altar Servers also have to pray together with the believers, accompany them with hymns and, in general, operate as the priests’ servants and guides for the congregation. Everything takes place whilst maintaining a proper attitude, carrying out tasks and repeating gestures that have been codified by centuries of tradition.

Altar Servers are not the only assistants of the officiant during Mass: generally readers, choristers, acolytes move alongside them. In certain cases the roles are interchangeable, but, as a rule, each of the participants keeps up his / her role, carries out his / her duties and actively participates in the celebration. Particularly solemn ceremonies, such as on the occasion of important religious feasts, will require a bigger number of Altar Servers.

The Altar Servers therefore carry out various tasks in the context of the Mass, and are named after them, to distinguish themselves from each other.

The Thurifer is, for instance, the Altar Server who carries the thurible for incensings. Incense has always been used during religious ceremonies, to give them solemnity and sacredness. Its use is nonetheless optional, and occurs at different times of the Mass, usually at the beginning, on the entrance of the priest and his assistants, when the Gospel is being preached or before the consecration. Other occasions, like processions, burials and blessings, allow the use of incense. On these occasions in particular, the role of the Thurifers becomes extremely important.

Another Altar Server who can’t be missed out, particularly during the most important processions and celebrations, is the Ceroferario or rather, the Ceroferari, because they usually move in pairs. 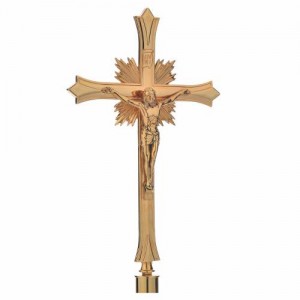 Subsequently, the Ceroferari must accompany the priest during the proclamation of the Gospel, always standing on both sides.

As we mentioned when we were talking about the Ceroferari, the Crosifero or cruciferi is/are the minister charged with carrying a processional cross, or a cross mounted on top of a long pole, which usually leads religious processions. Once they arrive at the altar, the Crocifero lays the cross next to him and sits down. He takes it up again at the end of the ceremony, to accompany the priest to kiss the altar, to put the Blessed Sacrament into the tabernacle, and during the final procession. The custom of carrying the cross in a procession is very ancient. In addition to giving the celebration the necessary solemnity, the passage of the Crociferi also serves a very strong symbolic function, particularly during funeral processions: in fact, the passage of the cross symbolises the passage from death to life, which involves all the faithful who are supporters. Through the cross, God becomes present and manifest amongst the gathered faithful, and once the cross is placed in the church, next to the altar, His presence is perceived more intensely than ever.

Some of the servers are in charge of dealing with the liturgical books the priest needs during the ceremony. There’s no specific name for them, it’s usually a task performed by one acolyte, who’s assigned to the missal and the lectionary – the book containing passages from Holy Scriptures that are read during liturgical celebrations throughout the year, as well as the prayer books, and books of hymns, etc.

The Altar Server responsible for the books takes them from the altar to the pulpit, which is the raised structure for readings, and from the pulpit to the altar. They have to support the book whilst its being read, where this is necessary, and bring the lectionary and place it on the altar during the entrance procession.

Particular acolytes, called Ceremonieri, have the  task of bringing the sacred items needed to celebrate the Eucharistic from the sacristy to the altar, and vice versa, starting with the chalice, 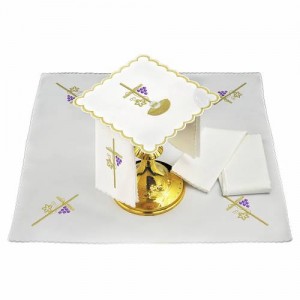 with the corporale (the square cloth used to cover the chalice which is then laid down on the altar during the offertory), and the purificator (the small cloth used by the priest to dry his lips after drinking and cleaning the chalice and paten), and then brings the paten (the plate containing the host) and the ampoules of wine and water. The ministers serving the altar also have to prepare the water and purificator with which the celebrant washes his hands.

The Caudatorio, or Train-bearer is the Altar Server charged with supporting the pastoral and the mitre, and to do this he wears the Vimpa, a long robe with pockets. In the past it was the Altar Servers who had to support the train of the high priests during solemn celebrations. Caudatories were assigned to the Pope, Cardinals and Bishops, and for each of these positions, the ceremonial included different talari robes and a different ritual.

In solemn ceremonies, there are also a few Altar Servers whose task is to play the altar bell, whose purpose in the past was to draw the attention of the faithful during the most salient moments of the ceremony. Nowadays, the Servers mainly use it at the time the bread and wine is consecrated, or during processions to announce the blessing is imminent.

Related Posts...
Way of the Cross for children: how to tell your child about the 14 stations
The apparitions of Our Lady of Guadaloupe