Original nativity scenes: the 5 strangest of the Holyart catalogue 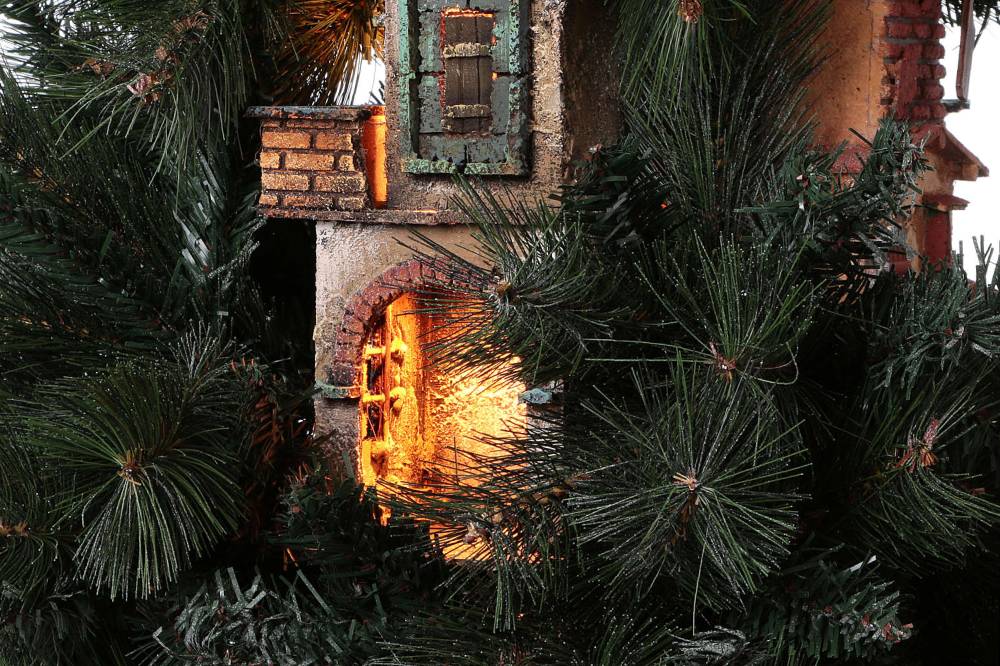 The nativity scene in the mocha or the one built on the branches of a fir tree? This year choose something original for your Christmas, Choose a nativity scene on Holyart!

Poised between traditions and innovation, every year Neapolitan artisans experiment with new forms and opportunities, making the nativity scene a constantly changing work of art with the addition of increasingly refined and particular elements. Let’s see together the 5 most original Neapolitan nativity scenes in the Holyart catalogue. Can you choose your favourite?

Winepress with a nativity scene

Known as a machine for extracting grape juice and starting its transformation into wine, the press is taken as an example and reproduced by expert nativity scenes to be used as a container for a beautiful eighteenth-century village.

If you want more detailed information read the product sheet of the nativity scene where all the specifications that may interest you are explained.

Buy Now:
Lighted wine press 85×45 cm
The village develops on different levels in the lower part there is a stable suitable for hosting the nativity scene.

Cask with a complete nativity scene

When the phrase “in the small barrel there is good wine” is particularly true.

This reproduction of a small barrel hides inside a real work of art framed by moss and lichens. A small village on several levels where the different elements of a classic nativity scene are arranged.

The barrel is practical to position due to its semi-cylindrical structure which facilitates support. The nativity scene is sold empty or complete with figurines made entirely by hand in terracotta.

If at Christmas you want to experience something different and leave your guests speechless, this is the nativity scene for you!

Do not those seen so far seem quite original solutions to you? So what do you think of a nativity scene positioned inside a guitar?

Set in the soundbox of a guitar we find a small illuminated village complete with houses, balconies, shrubs and small terracotta figures. The whole is framed by moss and cork which help to mark the importance and catalyse the attention towards the body of the guitar.

A lively nativity scene that gives the environment a warm and modern atmosphere.

This nativity scene is inspired by one of the most well-known symbols of Italianity, the mocha, in its classic steel colour with black knob and handle, a large-scale reproduction so realistic that it emanates from the upper nozzle of real smoke. Only the scent of coffee is missing!

The village, which occupies the entire central part of the mocha, develops vertically on four levels inhabited by characters and professions, at the base instead we find, in a small cave, the scene of the Nativity.

A nativity scene that is certainly outside the box is suitable for those who want to add a little flair to tradition.

Buy Now:
Unique and original Neapolitan Nativity Scene.
Unique Nativity Scene with setting in the shape of a moka pot containing an entire village in it.

The Nativity Tree manages to make the two main aspects of Christmas coexist in a single object, the most sacred one with the presence of the nativity scene and the most magical and enchanted one thanks to the fir tree.

The union is perfect, an undeniable harmony that connects the two symbols, the village climbs between the branches of the tree without ever being really separated from it, and the branches of the fir seem to almost pop out of the walls of the houses.

The lighting of the village and the fountain add that touch of realism mixed with magic that never hurts, a thread of lights to wrap the branches of the fir would be just the extra master touch that enhances the entire work of art.

You just have to choose.