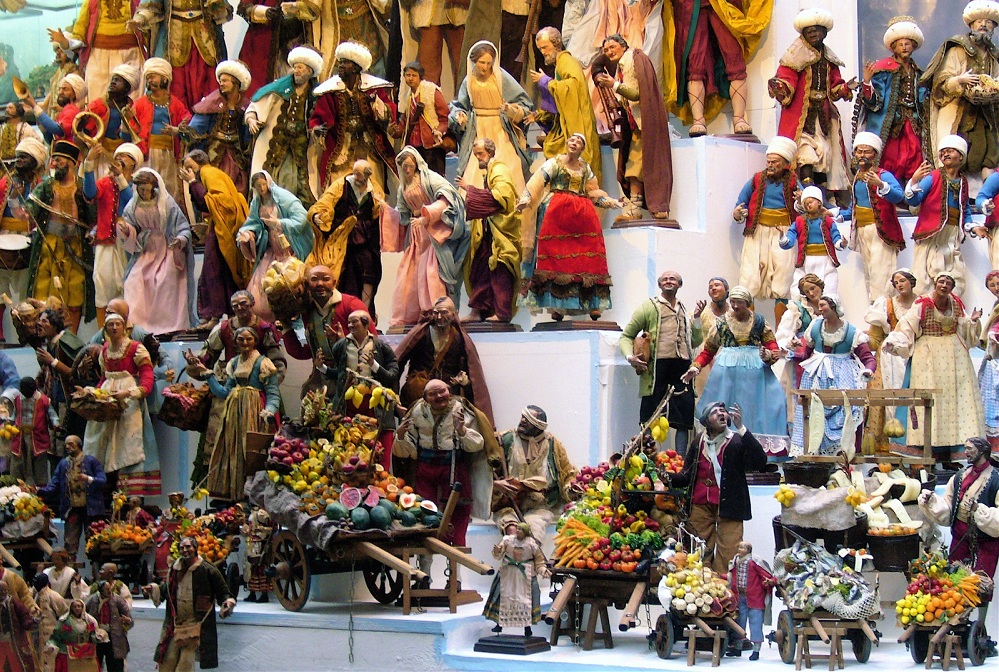 Christmas is getting nearer and children are buzzing, waiting to pull the first nativity statues out from the loft. Today we want to talk to you about the Nativity itself and 10 interesting things about of the most important Christmas symbols.

We begin with the word “presepe” (nativity), an interesting word whose meaning is interesting to look into. Therefore, the word “presepe” comes from the Latin “praesepe”, which simply means “crib”. So baby Jesus’ improvised crib ended up being the name for the whole scene that reminds us of his miraculous birth every year!

Even words that define the nativity in other languages are derived from a Latin word meaning crib: “cripia”.

There is “creche”, “cribe”, “krippe”, “krubba” or even “presepe” in French, English, German and Swedish. The words “szopka” in Polish and “wertep” in Russian still mean crib and are used to define the nativity.

It was San Francesco d ’Assisi who wanted to represent the Birth of Jesus in a realistic way.

He particularly did it to benefit illiterate Christians who could not read the New Testament, particularly the sections about this extremely important event. This was December 1223.

The oldest nativity in the world is preserved in Bologna in the Basilica di San Stefano. It dates back to the 13th century. It is very big and the characters are real statues made by master sculptors and decorators.

A Lecce nativity has always been known for being made out of papier-mâché. At the end of the 1800s, there were barbers who made papier-mâché and then made nativity statues and sold them at the Santa Lucia Fair to thicken up their miserable wages.

In the Azteca stadium in Mexico City, there is a Guinness nativity scene made by primates, populated by more than 1500 statues, many of which are mechanised.

In via San Gregorio Armeno, in Napoli, nativity artisans make statuettes every year made with traditional methods, but they use contemporary famous figures, like politicians, actors and people in show business. Matteo Salvini is one of the most popular figures.

In Australia, the nativity is made on the beach, naturally using sand.

Cesenatico’s famous floating nativity is made up of old boats in the canal harbour, which house the Sacred Family and all characters with greatness.

In Manarola, in Liguria, ex-railway worker Mario Andreoli made one of the biggest nativity scene sin the world. It is situated on a hill that dominates Cinque Terre, and it is exclusively composed of figures made of scrap and recycled material. At dusk, a system of solar panels illuminates the whole side of the hill, creating a really impressive display.

In Forni, in Sardinia, the area’s bread makers make all the nativity characters with bread dough, then dress them in traditional Sardinian clothing.

Related Posts...
Build your own Nativity Scene
Miniature food for your nativity