Home » Religion » Pentecost: the day when we celebrate the Holy Spirit and the birth of the Church

Pentecost: the day when we celebrate the Holy Spirit and the birth of the Church 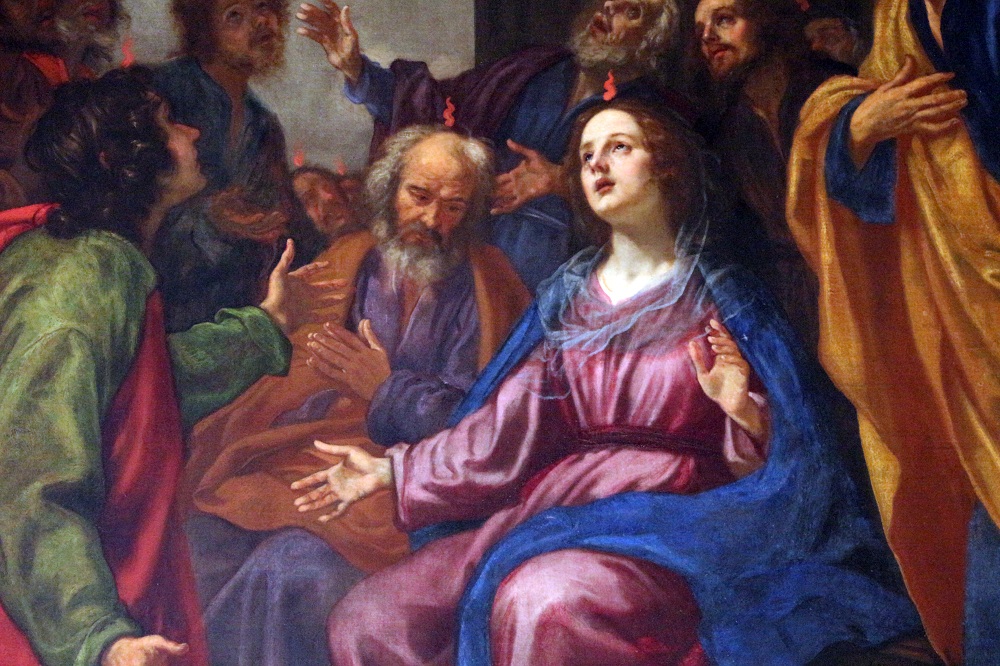 Pentecost is perhaps, after Easter, one of the most important festivities of the Catholic Church. It’s the celebration of the descent of the Holy Spirit, the third person of the Most Holy Trinity, after the Resurrection of Jesus and, in a sense, the very birth of the Church.

It originally coincided with the Jewish celebration of Shavout, a celebration dedicated to the harvest in the period following Easter. On this occasion, the Jews thanked God for the fruits the land gave to them. Later on, it also became the commemoration of the day Moses received the Ten Commandments on top of Mount Sinai.

Today Catholics celebrate the Pentecost 50 days after Easter. The remembrance of the Jewish holiday is still there, especially in the thankful approach of the faithful to God. In fact even in Christian Pentecost we speak of a great and precious gift God wanted to give to His people: the Grace of the Holy Spirit. In the second chapter of the Acts of the Apostles, Mary and the Apostles gathered to celebrate Pentecost with the usual pilgrimage to Jerusalem, like many Jews. The Holy Ghost descended upon them in the form of a roar from the sky and tongues of fire, which flashed each one of them. From that moment on, they were able to speak any language.

The sanctifying features of the Holy Spirit are a symbol of unification and inspiration for the apostles who, after this miraculous meeting, feel they have to begin their ecumenical mission and create the Church. Before this episode, the Holy Spirit was not described as a divine person. Only in the New Testament, the vision of the Spirit of God as an impersonal force that plots the destinies of the universe is joined together with the cult of His personality: the Holy Spirit becomes a personification of God’s love towards His children, infinite wisdom used when teaching the disciples of Jesus to become promoters of truth and salvation among men. It is often depicted as a white dove, or like the flame tongues that would have touched Mary and the Apostles.

The Holy Spirit offers many gifts to those who receive it: wisdom, intellect, advice, strength, science, pity, and fear of God. All faithful benefit from the Baptism before and the Confirmation after. Pentecost is a celebration involving all faithful and especially their families, held in the grace of the Holy Spirit and more united and strong against the difficulties of every day.

Related Posts...
The role of the priest in the Holy Communion
The ancient tradition of painted Greek icons